Aspartame (Nutrasweet) gets a lot of negative press.  There is a perception that "natural" is good, "artificial" is bad... although I would point out that "natural" arsenic is no picnic!  Most studies tend to back up the claims that it is harmless, but regardless, the perception is everything in marketing. 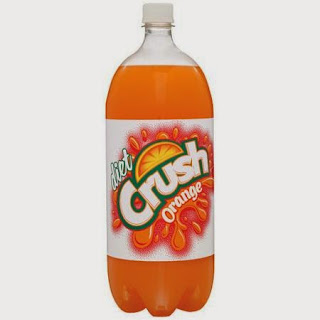 As a result, Pepsi recently announced they will be switching from Aspartame to Sucralose in their Diet Pepsi product.  (Bad news Canadians: not in Canada, despite this being the birthplace of Sucralose - boooo!)

The most interesting thing about sucralose is that it is made from sugar.  It is treated with tiny amounts of chlorine, which results in "sugar" that is 600 times sweeter.

Splenda you buy in the store actually has filler added so you can use it without needing micro-measurements to add it to your coffee...

There are very few brands of softdrink in Canada that already use Splenda:


There may be others, but those are the ones I've found.

They taste far more like actual sugar pop, and don't have that weird Aspartame bitter after-taste people talk about.

I personally hope the Diet Pepsi move is the thin edge of the wedge, and others follow their lead.  I'm not massively concerned about Aspartame, but Sucralose simply tastes better.

Every study to date has shown Sucralose to be very safe, no ill effects reported.

That probably won't satisfy the anti-artificial-sweetener crowd, but what would?

Not on their own, obviously.  But if you're like me and count calories, they can help reduce the calories you take in from beverages, and create a caloric deficit.

Same applies for an 850 calorie burrito or sub, before someone lectures me about McDonald's! :)

So I find them useful.  Also with Intermittent Fasting, they help in the evenings to keep satisfied rather than snacking.

Of course nothing will satisfy the Splenda Truthers such as Mercola, Mike Adams, the Food Bimbo (she's no babe), and Alex Jones.