I assume the less-than-ideal winter had a lot to do with the reduced numbers at this race.   Training wasn't easy at times, and when I was out I saw a lot fewer runners than most winters.

Sufferfest - is there anything it can't do?

I felt extremely strong at the end, which either means I prepared better than last year or my fitness is better.

I tend to think the latter - I have been really hitting the Sufferfest videos, and they are intense.  Best of all, they teach you to find that intensity after almost 2 hours in the saddle (ISLAGIATT).. which hits the spot in a 1/2 marathon.  I was able to really up my pace in the last few kilometers when those around me were fading.

For anyone thinking of doing this race, think "challenging".  Hills are brutal, there is one particular one that goes through the lift lock that you hit both ways... it's tough.  Not a PB course.

Posted by jonovision_man at 4:01 PM No comments:


Tomorrow I'll be running in the Peterborough 1/2 Marathon.

Back in 2007 was the first running race I had ever done, of any distance.  I have kept it on my calendar ever since (except 2012 due to injury).

This year is a bit of a crapshoot.  It's a tough course, I haven't been running as much as last year, and I'm not as light as I was in 2011.  Or as young.  On the other hand I've been busting my butt on the bike, so we'll see if any of that fitness translates.

So I plan to hang around a 4:50/km pace and see how I feel.  That would bring me in at about 1h42, which would be pretty good for a February race.

Posted by jonovision_man at 3:48 PM No comments:


It was a long weekend, so I decided to take advantage and put in some good time.

The second trainer session was pretty brutal, much tougher than the first with all that accumulated fatigue... but fought through it. 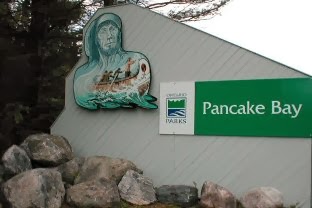 
Posted by jonovision_man at 11:20 AM No comments:

This puts me just past Sault Ste-Marie. 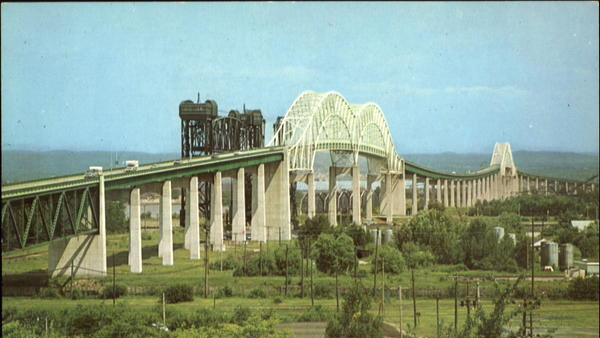 We drove through here once on the way from Edmonton to Ottawa.  I remember there was a bridge, which coming from the prairies really impressed me.

I also remember it took a lonnnng time to get around Lake Superior.  Now that I'm heading the other way this is the start of the lake... until I get to Thunder Bay it's going to be a long slog around the lake.


Posted by jonovision_man at 8:15 PM No comments:

Plugged some numbers into a triathlon calculator and found a pretty comfortable sounding pace for the various stages.

My sole focus was the distance and getting through it - pacing was geared toward finishing before 17 hours was up.  I was terrified of a DNF.  My training was dainty and lacked intensity.  Miles, miles, miles.  When I started I had questions in my head such as "Can I swim 3800m?"...

I did not own a Garmin.  Seriously.  Not even a heart rate monitor.  I trained and race on feel and what my watch was telling me for pacing... I was a newbie by every definition, not just at Ironman but at racing and training in general.

I rode an aluminum Trek 1200 with clip-on bars.  Got the job done, but it's no Cervelo!

I know myself better.  I know how to train, how to get faster, how to get my weight down.  I have the hang of nutrition and pacing.  I have done dozens and dozens of races of all kinds of distances.

Most importantly - I have DNF'd races.  It's not the end of the world.  I am an Ironman no matter what happens in August, so the goal is to improve and kick my own butt.  And I will!

Posted by jonovision_man at 12:56 PM No comments:

They mainly dug deep into sports drinks (like Gatorade, Powerade) and whether you actually need them.

On the show, they measured people's blood for 3 things - signs of dehydration, glucose levels, and electrolyte levels.

They ran for 45 minutes and their blood was tested.  This looked like a pretty even-paced run, nothing too intense (although they didn't really delve into the nature of the run).

Electrolyte and glucose levels were high, with a tiny bit of dehydration.  So the conclusion was water might have helped, but sports drinks weren't necessary.

A triathlete hit the stationary bike pretty hard (allegedly).  At 45 minutes, she actually had her blood glucose levels had dropped "a lot" - so they concluded she "could benefit" from some sports drinks.  Electrolyte levels were fine, though, until almost 2 hours.

Runners, cyclists, triathletes - anyone doing any of this seriously does a lot of workouts over 45 minutes, at high intensity.  If our blood glucose drops "a lot" in that time, then are we leaving some performance on the table?  Should we not be hitting the sugar to keep them high?

I think so.  I definitely feel it when I'm out there, if I'm over an hour and I don't have a hit of sugar, my performance is threatened (sooner if I'm doing something at intensity).

Sure, kids probably don't need it... they rarely do endurance stuff, and kids chug it like pop even when they're not engaged in exercise.  That's not the right use for the stuff.

And I have a real beef with products like G2 or Mio Sport, that have lower calories but high electrolytes.  The scenarios where you would need that combination are few and far between.  That was the take-away of the show I guess, that the "electrolyte" sales pitch is overblown.  I buy that.

Posted by jonovision_man at 8:37 PM No comments: