Biking from Whitby to Barrie


Figured I'd post this in case someone else is ever doing it.  Maybe it will come up in a google search or something?   We were visiting friends on the same day I needed to get a long ride in so figured I would bike up (and catch a ride home).

I cobbled the route together from a few sources, turned out mostly OK.  A few decent climbs (Mt. Albert and Bradford being among the toughest!).

If I were doing it again I would try avoid Barrie Street out of Bradford - that was busy.  Also Line 11 just north of there had some gravel bits - nothing too bad, but unexpected so probably better to go one north and use Line 12.  The turn for Big Bay Point Rd is crazy confusing... make sure you go left!

All in all a pleasant ride through some nice communities along Lake Simcoe I'd never seen before.
Posted by jonovision_man at 12:07 PM No comments:

Ironman Training - Can't Ignore the Siren Call of the Trails 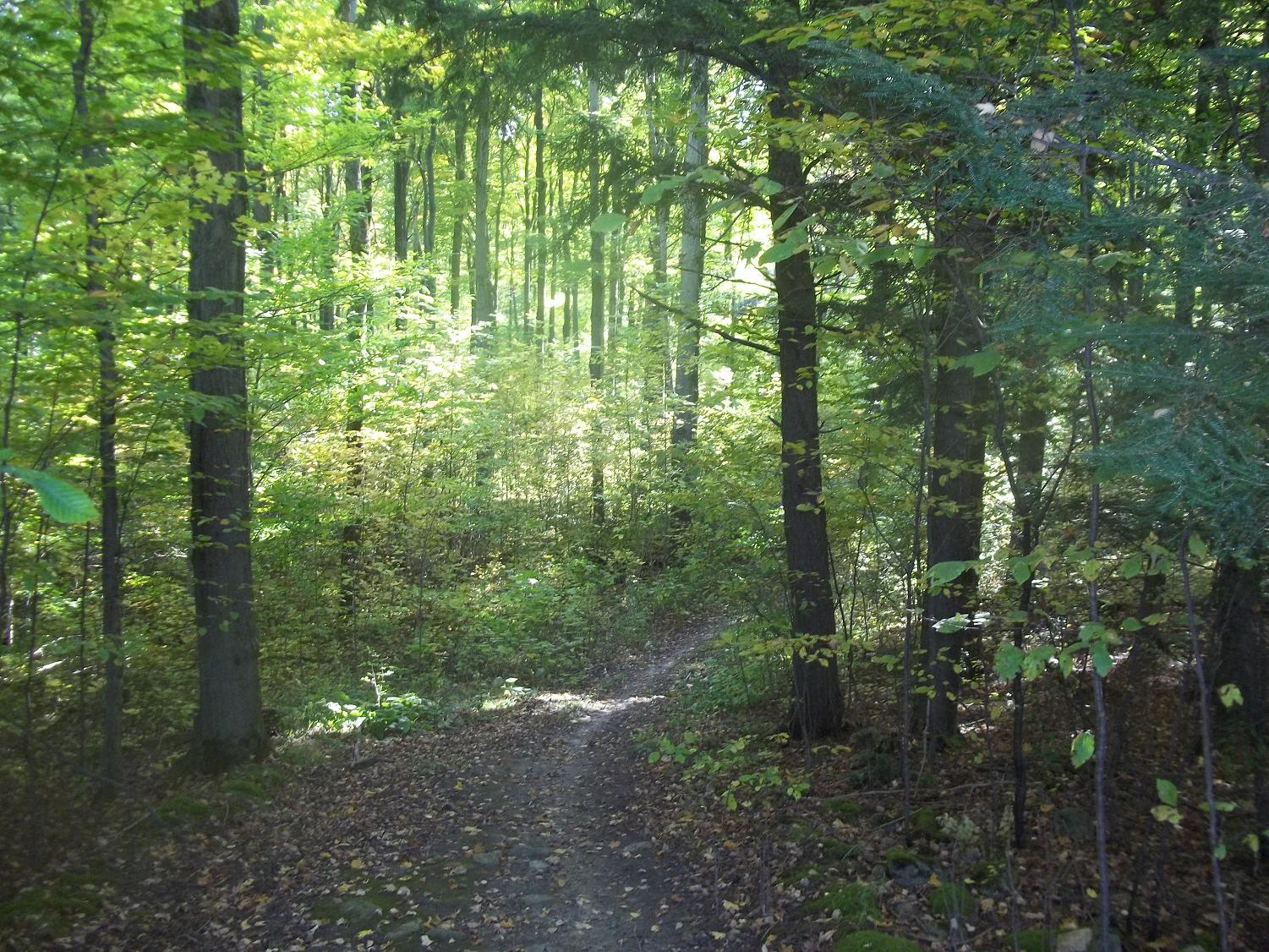 Haven't had much chance to mountain bike lately with all the Ironman training, so figured I'd make the time.

Took both bikes (mountain bike + road) up to the forest, rode 2 hours in the trails with my buddy, then hit the road for 3 more hours to make up a full long ride.

Switching bikes was as jarring as the bike-to-run transition in a triathlon!

The road bike felt like a toy compared to the mountain bike with those little skinny tires and skinny light frame!  I don't usually get that side-by-side comparison.  The style of riding is entirely different as well.  The mountain bike efforts are very bursty and lactic acidy, while the road style is so much more of a steady grind.

No idea if this kind of mixed training has any additional benefit, other than being a hoot!


Posted by jonovision_man at 3:48 PM No comments:


Just reading a few articles about tapering... many suggest that for Ironman, instead of the 3 or even 4 week taper many do, keep it to 1-2 weeks tops!

For example, this article.

From personal experience - I have found long tapers not particularly effective for myself, so I am inclined to keep the endurance work up right until the last week...

Posted by jonovision_man at 2:30 PM No comments:

It's been awhile since I updated my fake bike trip status.

Total mileage now sits at 4019km.  This puts me somewhere near Fort St. John, B.C... well past my original goal of Edmonton, and getting ever closer to my revised goal of making it to Delta Junction, Alaska.  Just 2129km to go!


Posted by jonovision_man at 12:47 PM No comments:


You know I had a bad day when the swim was the highlight of my race.

Got in early to get a little time in open water, having not worn my wetsuit in ... well, a few years.

My goal was just to be calm, rotate well, and have a smooth swim.  It went great for the most part.  The only trouble I had was on the first lap, the sun was right in our eyes and I couldn't spot the course markings.  I followed the swimmers in front of me, who went rather wildly off course... so that cost me some time, but no worries.  Subtracting the run from the lake to transition, I was pretty close to the ~45 minute mark, which is where I wanted to be.  Consistent with my previous Ironman - slow and steady.  Slow, mostly.

I had some massive hamstring lock-ups in transition... so I ended up doing this:

For those not familiar with transition technique - this is pretty bad technique.  I'm just glad the race official (*ahem*) was there to snap this photo.  The jerk.

I didn't really feel comfortable on the bike at any point, not totally sure why.  The way out we had a tailwind, I picked off a few stragglers early on, but wasn't passing as many people as I had hoped.  It was a pretty small field, though, so might have just felt that way.

The hills were pretty tough, but way worse was the wind - holllly!  It killed me on the way back.  In my infinite wisdom I neglected to put my aero bars on the bike - mistake!!!  I managed to pass a bunch of people on hills, but I was already feeling a lot of fatigue and just not that "on".  My average speed was something in the 29's km/h, not what I had hoped for.

This transition was equally bad, although less comical (and nobody took a picture).

I started out feeling surprisingly OK.  I looked at the watch and realized I only needed to maintain about a 6:00/km pace or so and I'd be in under 6 hours. I figured I'd kill that and end up with an OK time.

Except within a few kilometers my early 5:12/km pace went from feeling easy to hard to not even remotely possible.

I don't know if it was the heat, my poor preparation, or something else... but I was completely smoked by the first hill.

I wasn't alone - misery loves company, and I had a fair bit of it.  And these weren't couch-surfers overreaching - lots of Ironman tattoos and gear back there, some fit looking people who were just getting beat up.  Some people can deal with the heat, some can't.  I can't.

I was taking 3 Gatorades and pepsi at ever aid station - whatever my stomach would hold down.  Every so often I'd have a flicker of pace, things would feel OK, but I couldn't sustain it.  Walked hills, it was just brutal.  I'm actually surprised that I ended up anywhere near 6:00/km - it was awful.

I managed to find a little something for the finish - it was net downhill and there were a bunch of guys behind me motivating me by their very presence.  But it felt bad.

I didn't give this distance anywhere near the respect it deserves and I paid the price.

Figured I'd wing it without aero-bars - mistake.  Had a few drinks last night - mistake.

The one thing I did get right was nutrition - I don't think I could have consumed any more than I did, I really hit the Gatorade / Heed hard, and took in as much as I could stomach.  5 bottles on the bike plus a whole bunch on the run.

Also the one good thing about hitting the wall is knowing you can push through it.  If I can get anywhere near a 6:00/km pace at Ironman I'll be pretty darned happy.  I think it's possible.


Posted by jonovision_man at 5:06 PM No comments: 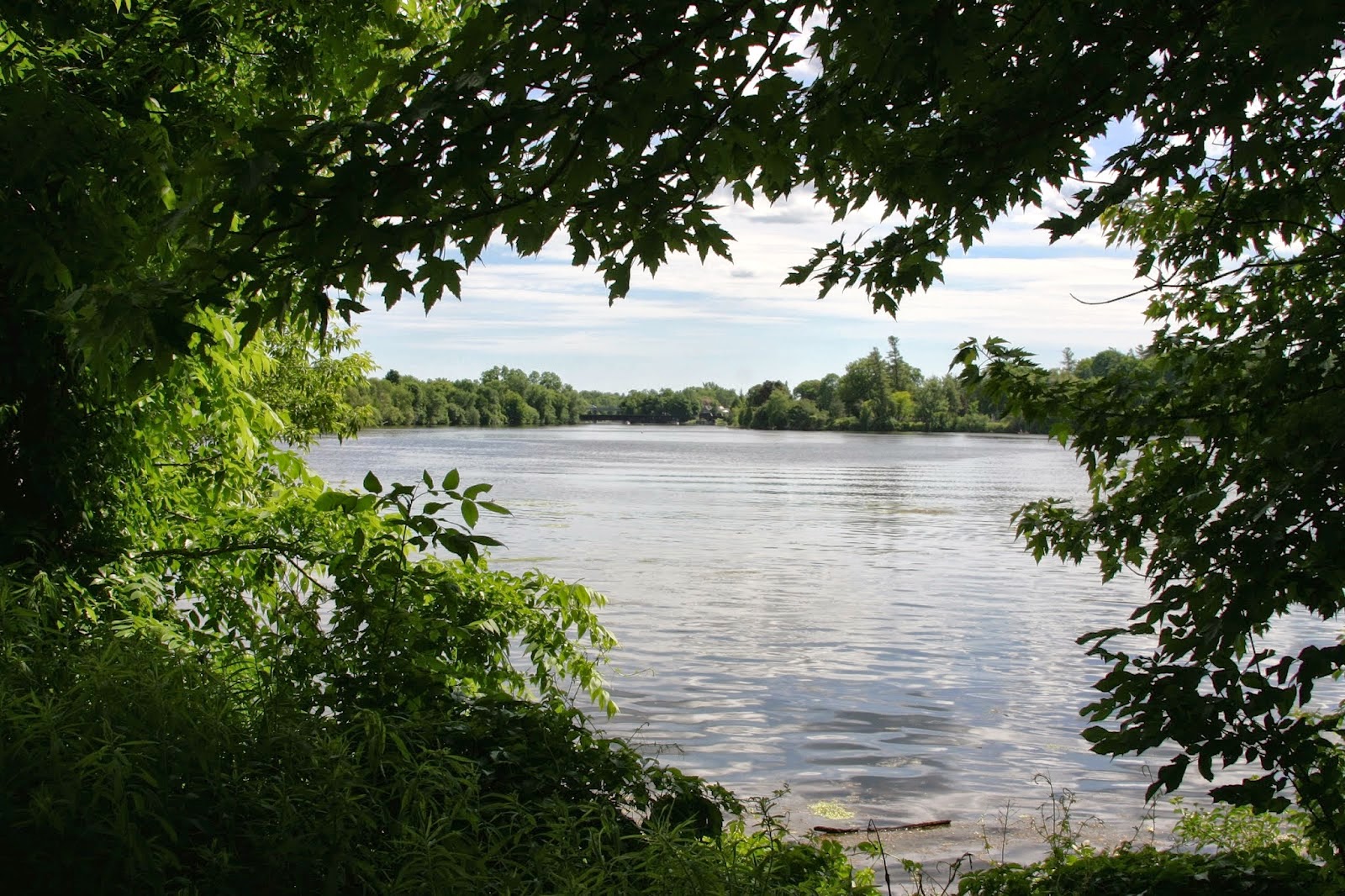 This will be my only triathlon this year other than Ironman itself.  And it's already a gong show...

Last ride, I dropped the chain on a climb.  It jammed, badly, between the carbon frame and the smallest chainring... upon examination it had dug right through the paint and into the carbon itself!

Took it in yesterday, the guy seemed certain it was no big deal and said they see it all the time.  Bad design, that!

In any case, I'm on pins and needles hoping my bike is OK.  As a backup plan i can always toss road tires on my cyclocross bike just to get to race... hopefully doesn't come to that though.

Update: my bike is OK!  Fixed and ready to go!

Meanwhile I managed to get in a long 1850m swim straight through.  Felt OK, just a bit boring (74 lengths... Zzzzz).  I haven't been in open water this year but shouldn't be a problem, been there, done that, and no major expectations.

Goal is just to go through all the disciplines and see if I'm missing anything.  The run is famously hot and shadeless so pacing will be a game time decision.
Posted by jonovision_man at 7:46 AM 1 comment: