Wednesday I went for a ride, and felt really fatigued.  Legs were sore on every big effort, heart rate wouldn't come up like it normally should.  My average pace was fine, but something wasn't clicking.

These can be the early warning signs of "over-training".  Last week especially, I did over 10 hours of workouts coming off of a 25km trail race the weekend prior that really bagged me... and some non-training efforts, like landscaping, that I don't count but definitely did not help matters.

As much as it kills me, I took a couple of days off just to recharge.

Tomorrow I will do a short run and swim to get back my legs, and hopefully I feel good again for my long ride on Sunday!

Posted by jonovision_man at 3:02 PM No comments: 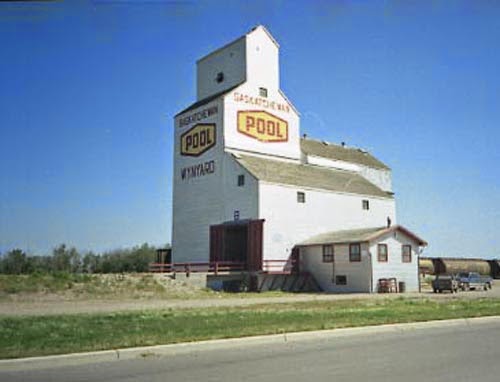 It's been a few (busy) weeks since I last checked in on my fake bike trip.  A race and some good mileage, so now I'm up to...

This puts me somewhere near Wynyard, Saskatchewan.


Edmonton is now less than 1000km away... by early June I should be done my original goal.

Alaska is looking tough... we'll see how it goes.  I should be getting in around 1000km a month for the next 3 months, so should be possible!


Posted by jonovision_man at 1:34 PM No comments:


Well that was a bit of a disaster.

Panic at the Start

I got there in plenty of time, picked up my bib, and was sitting in my car.  About 25 minutes before the race I decided it was time to put on my shoes.

Horror of horrors - I had forgotten my orthotic inserts at home!  I briefly considered racing without them, but there wasn't even an insole (just a hard bottom) - so I bit the bullet and decided to drive home to Whitby.

Whitby is too far to get to and back in 25 minutes... I called my wife in a panic and had her drive them out toward me, met her somewhere near halfway.  I broke several traffic laws (I won't say which ones in case the long arm of the law reads blogs)... but somehow I made it to the start with about 1 minute to spare.

Damn!  This is not the mindset you want to be in when the gun goes off!

The first few kilometers were deceiving... pretty easy, downhill a bit, and the full force of the heat hadn't kicked in.  I was doing well.  With all the adrenalin of the orthotic-panic, I likely went out a bit too fast, but nothing I shouldn't have been able to recover from.

But it didn't take long for me to realize that wasn't going to stick.

The Heat - I'm not good with the heat at the best of times, but with our cold winter and late start to spring, I'm not even close to acclimated to heat and humidity.  This was the warmest day we've had all year, and definitely the most humid... it killed me, right from the start.  By the end I was pretty dehydrated and wasted.

The Hills - This is a "hiking trail" and apparently people enjoy hiking to the top of the valley, diving back into it, then hiking back up, and repeating this several times!  There were some dark moments for me.  Really, I should have anticipated a tougher slog, the trail crowd loves a challenge.

The Trails - Great for the most part!  A little mucky in some places but really nothing too technical or challenging.

The River Crossing - With about 2km to go (a little more than that actually!) you have to cross the river.  It wasn't all that deep, maybe mid-way up my shins.  It felt amazing... I was so happy to get some nice cooling on my poor feet.  I was very tempted to jump right in head to toe and cool off.

The Volunteers - were awesome, great people.  Actually everyone was really nice, and the organization was excellent.  Course marking was fantastic.

All in all a pretty rough day, but I enjoyed the trail and the race was well done.  I'll have to come back and do it justice, maybe next year.
Posted by jonovision_man at 1:46 PM No comments:

This is a 25km trail run on the Seaton Trail just north of Pickering (or in Pickering I guess?).

I have never seen the trail, but I have heard this one is a bit tough.  There is some kind of river crossing that people talk about, and lots of little hills.

Posted by jonovision_man at 2:51 PM No comments: