Before I started trying to do all of the routes, I didn't really use... routes. Which is kind of a shame, given the really do give you a great overview of all that the worlds have to offer!

So without further ado, here are the Best and Worst Routes of each world, according to... me! 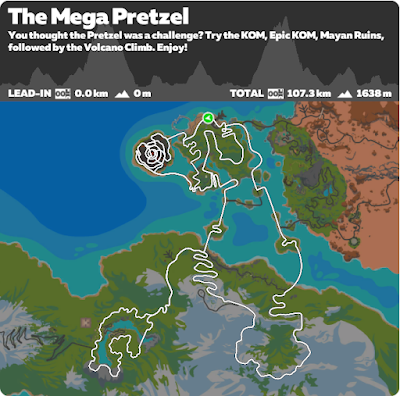 I am going to confess right now - I love the Jungle, and the Mega Pretzel hits it twice. Switch to the mountain bike, pass everyone, weeeeeee!
This route also avoids the dreadfully boring Tempus Fugit, has plenty of climbing (but nothing silly like the Alpe!), and is constantly throwing different things at you.  A great tour of the world.
Worst: Tempus Fugit
This one is so popular I'm surely the odd one out, but gawd how do people stand doing mind-numbing flat laps on repeat.  Zzzzz.
If you love riding in a pack through deathly boring terrain and never having to get out of the saddle, this is the route I guess. Good for tallying up a lot of miles, not much else. 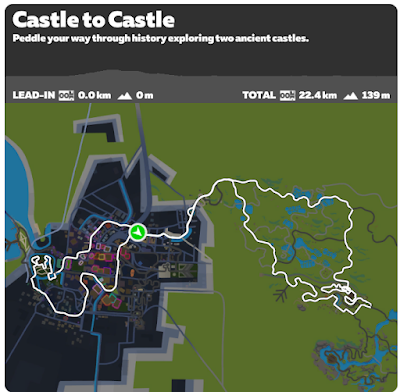 A new addition and longer route (22.4km) that spans Neokyo and Yumezi (the countryside) - with a decent climb and lots of riders around to mingle and draft off.  Showcases the world well, without the gravely bits that can be a bit annoying (not long enough to switch bikes, long enough to slow you down).
Worst: Sea To Tree
A 3.2km route to nowhere, not even a loop, why does this exist?

Best: Greater London Loop
Lovely tour of the flat parts of London and, of course, Box Hill!
Worst: London Pretzel
No, it's not the PRL Full - that at least has a purpose (to be really long) and a vibe (loops!).
The London Pretzel meanders without purpose, duplicating flat sections for no apparent reason other than to maybe beef up the mileage? 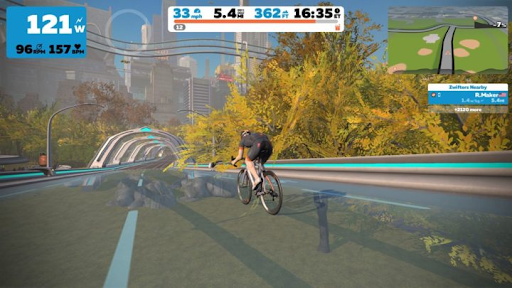 Stays on the ground, where New York looks like New York! Always lots of traffic, enough hills and terrain changes to keep a person interested.  Timed loop if you want to challenge yourself.
Worst: Most Of Them
Most of the NYC routes are indifferentiable from each other - just some silly doodle with the KOM in one direction or the other, or both.  I intensely dislike the skyway thing, and they almost all use it.
Stick with Park Perimeter Loop or Astoria 8 Line IMO.

Not really worth ranking - there are 2 routes, both flat and not terribly interesting.

Best: R.G.V.
This is one of my favourite routes in the entire game - flat and fast, but still fun! When you ride it in an Event it's a challenge to stay with the pack, with the little tough climb mid-lap and some quick accelerations when you may not expect it as you blast through little ups and downs and S-bends near the end of the lap.
Worst: Tire-Bouchon
It's not terrible, but the 3km uphill lead-in is annoying.

Best: 2015 UCI Worlds Course
Lots of fun on this one!  A great little varied course, some stiff climbs, quick descents and fast flats.

Best: Innsbruckring
It's short, it's fast, and it has a wicked "Leg Snapper" climb to separate the men from the boys! A lot of fun in a race (except for fatties like me!) as the group gets blown apart and re-assembles in time for the next loop of getting blown apart again!
Worst: Lutscher and Lutscher CCW
Whose brilliant idea was it to have a huge climb and over 10km Lead In???
Dumb. If you do it as a meet-up you can skip that, but for some reason the regular route includes this silliness.

Best: Royal Pump Room 8
You're here, might as well do all the roads in both directions, right?  Nice climbs and little town roads.
Worst: Queen's Highway
3km? 1.7km Lead-in?? Why bother?
Posted by jonovision_man at 5:17 PM