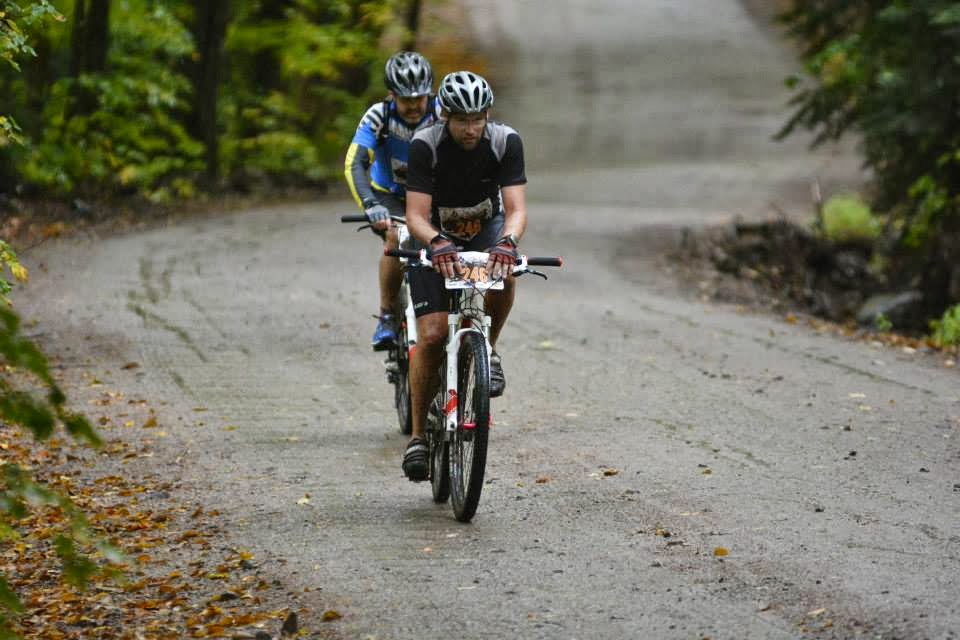 We are going back for our 4th try at Logs, Rocks and Steel!

This is an Adventure Race, but with a bit of a difference... most involve navigation, this one has a well-marked course, so it feels more like a triathlon (except with paddling, mountain biking and trail running).  Oh and way more laid back.

(There is a new navigation option this year for those who feel like getting lost in a pile of maps - have fun!)

Once again we will be doing the shorter "Wolf Course".  The long course is on the menu for one year, but this won't be the year.

Last year we finished as the top team on the Wolf Course.  Our canoe went really well as we had expected, which put us in a lead we never relinquished.  This was less fun that it sounds, as we had no idea who was behind us and how close they might be.  The bike was wet and washed out, slippery rocks everywhere, it was a tough slog... and even in the final 400m of the run we were pushing as if someone was about to come around the corner at any second.

I'm expecting some improvement in the canoe, since we invested in some new paddles and have more time in the boat under our belts.

Hopefully it's not pissing rain so the bike course is a bit more ridable, lots of wash-out last year.