I read this article in the Toronto Star, and debated it around some internet forums.

To most people, this is probably a pretty obvious conclusion. Personally, on my bike, I only stop at stop signs if there is something to stop for. No cars, no bikes, no pedestrians, I go.

I suspected - but did not have proof - that motorists did the same thing.

I enlisted the help of two senior statisticians: 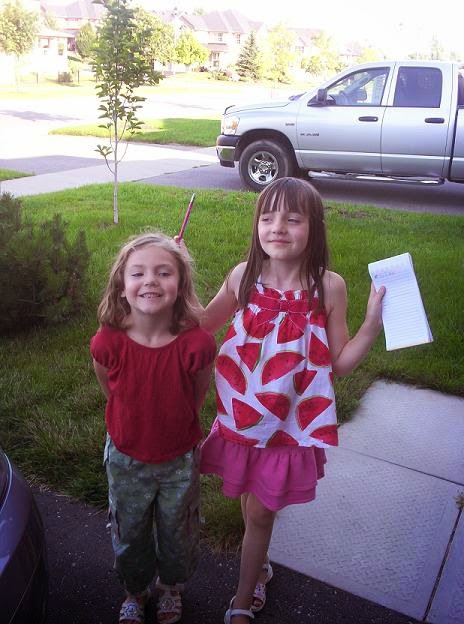 And we headed off to the all-way stop near our house in Whitby. 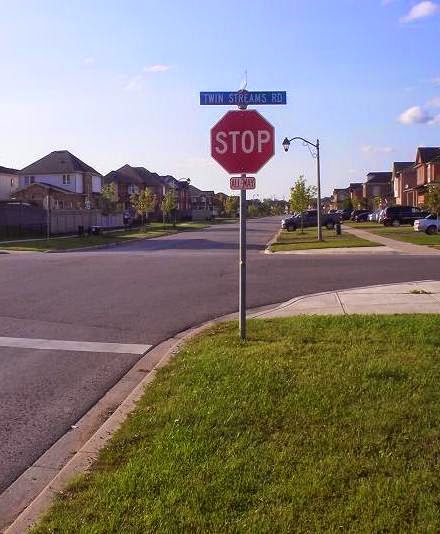 We hung out there for awhile, until my statisticians demanded their compensation (a trip to the playground). 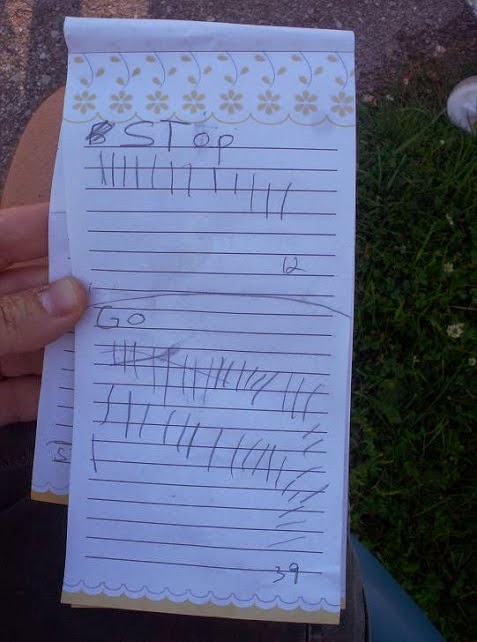 12 stops, 39 non-stops. Pretty close to the Star's discovery with cyclists, only motorists don't have the "clip out" excuse. Some of them almost stopped, slowed to a creep, but many just looked around and blew right through.

Oh, and there were 2 cyclists not included in the tally. They didn't stop.

I asked my oldest daughter what she learned. She replied "I learned that most people don't obey the law!". I'm not sure that's a lesson I really wanted to teach her so young... but here we are!
Posted by jonovision_man at 7:40 PM

Hey Jon, I read the same article and had the same thought - How one sided was that! I guess if I had a fleet of junior statisticians at my disposal I'd have done the research myself!

Very one sided... motorists are constantly breaking the law, I mean who actually travels at the speed limit? Most people don't stop behind the stop line, most roll through if there's nobody around, many don't signal lane changes, etc... it's ridiculously hypocritical for motorists to single out cyclists as if we're the only ones breaking the law!

I greatly admire this little activity of yours. It think you taught your kids a lot more in this exercise than most parents teach their kids in a lifetime.

Great exercise for your kids. How fun for them to realize if you want to prove a theory you can go do it yourself instead of relying on what others tell you. Very cool. Plus it looks like it was fun!

Very true the article is one cited. I am not trying to defend people who don't stop at stop signs on their bikes, but people in cars do it just as often.

Also very cleaver use of free labor for sake or research. I'll have to remember that for future reference.