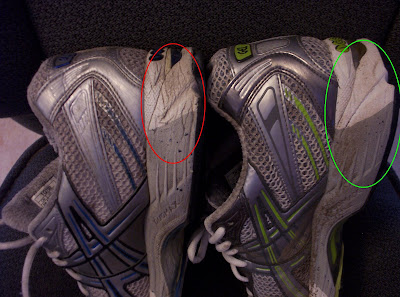 And you thought running was cheap...
Posted by jonovision_man at 8:23 AM

Am an Asics fan myself. I recently bought a pair of Noosa tri's and love em. Not for very long distances mind you but for anything 10miles and less.

Your Kayanos seem pretty beat up. Looks like the lawn got the better of them. ;)